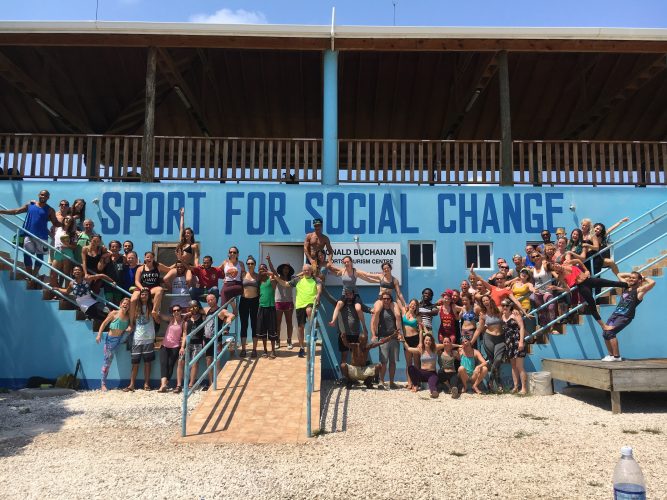 It was Helen Keller who said, ‘Alone we can do so little; together we can do so much’. It is in this spirit that numerous non-profit organizations and foundations from diverse backgrounds came together to form a strong partnership that has been and continues to be beneficial to the young and the old in the Greater Treasure Beach area. This partnership, with a focus on strategic alliance and coordination has facilitated capacity building and community improvement through the creation of the Breds Treasure Beach Sports Park & Academy.

A perfect example of what happens when community, tourism, collaboration and integration combine in positive, holistic way; the park was founded in 2004 with Phase 1 opening in 2010. The Sports Park is the brainchild of Jason Henzell, Chairman of Jakes Hotel and Breds Treasure Beach Foundation. A 17 acre community hub with tons of activities to offer, the park features tennis and multipurpose courts for basketball and netball, batting cages, two pavilions, cricket pitches, football fields, gym and a children’s play area with play equipment. Currently, a swimming pool and a dance and drama facility, funded by UNICEF Jamaica, are under construction.

The basketball court with the tennis court and a football field in the distance.

The park attracts thousands of visitors including athletes and sponsors from around the world, for example former professional boxer, Lennox Lewis, Jamaican cricketer and a former captain of the West Indies cricket team, Chris Gayle and professional tennis superstars, Serena and Venus Williams as hosts and/or participants in camps and sporting events for young people.

Importantly, the park provides children and young people with access to competition level athletic facilities. With enough space to house 1,500 kids, the park has been used a great tool in reaching the youth of the area through involvement in sports such as tennis, football, track and field, cricket, boxing, basketball and much more. Camps and youth development initiatives are welcomed at the Breds Treasure Beach Sports Park & Academy as a means of improving youth by arming them with leadership, teamwork and socialization skills through sports for social change.

Earlier this summer, the Lennox Lewis League of Champions held their one week boxing and life skills camp for the first time in Treasure Beach at the sports park. 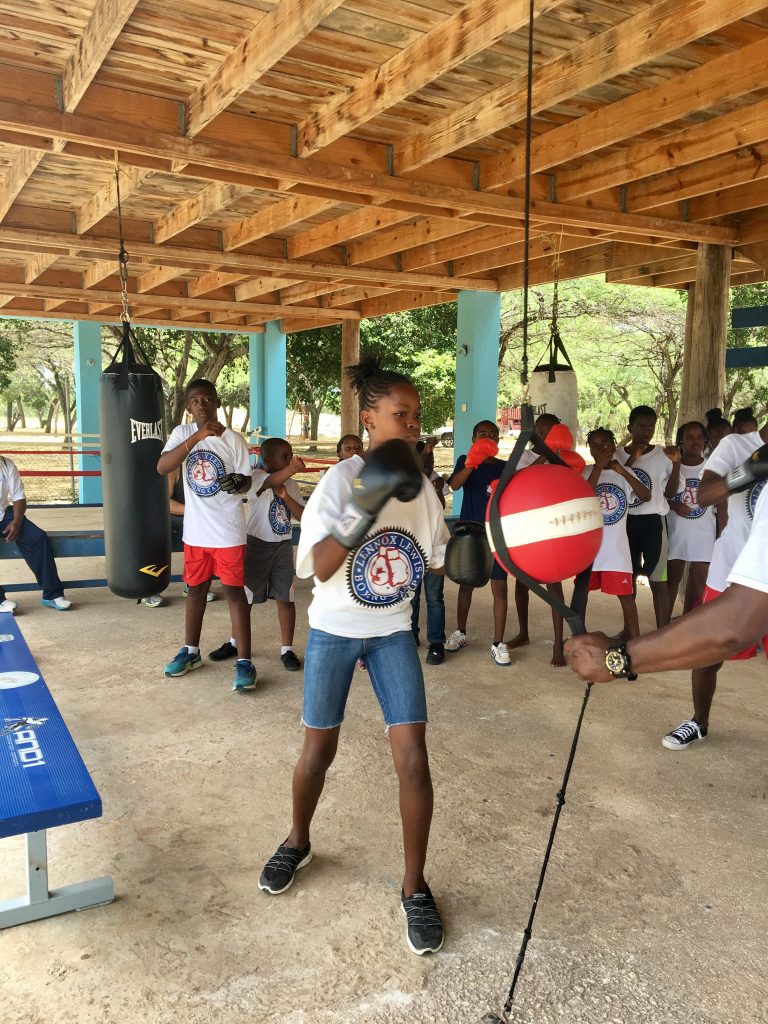 One of the record number of  young female campers at the Lennox Lewis League of Championship Camp.

This August, the Philadelphia Men’s Basketball League (PMBL) Youth Basketball Camp will be held for the 5th consecutive year, combining basketball and life skills coaching, for more than 500 children and young people. Video below shows a summary of the 2015 camp:

The Sport Park also boosts an amazing element: a challenge course. Constructed in 2013, the General Colin Powell Challenge Course features a rope course, wall climbing and military style challenges. It is the first of its kind in Jamaica and takes participants through a series of physical and mental challenges under the supervision of trained facilitators. The course was developed by Breds Treasure Beach Foundation in partnership with Jamaica Defence Force, UNICEF, Jamaica Power Company (JPS), Orstrom Foundation, Rise Life and Seeds of Peace. Designed to test limits, the course also helps to foster a sense of camaraderie, trust and co-operation among participants.

Visiting ninja warriors, Travis Brewer and Nicholas Coolidge, built a ninja course and have added to it every year. This video summarizes the first year build:

The park was home to the ‘Who’s the Real Ninja’ Competition in 2017 as it houses a ninja course which has been expanded to accommodate new features including a Movement Playground which consists of more technical obstacles and challenges and focuses on strengthening the body, mind and spirit with a little bit of play thrown in. 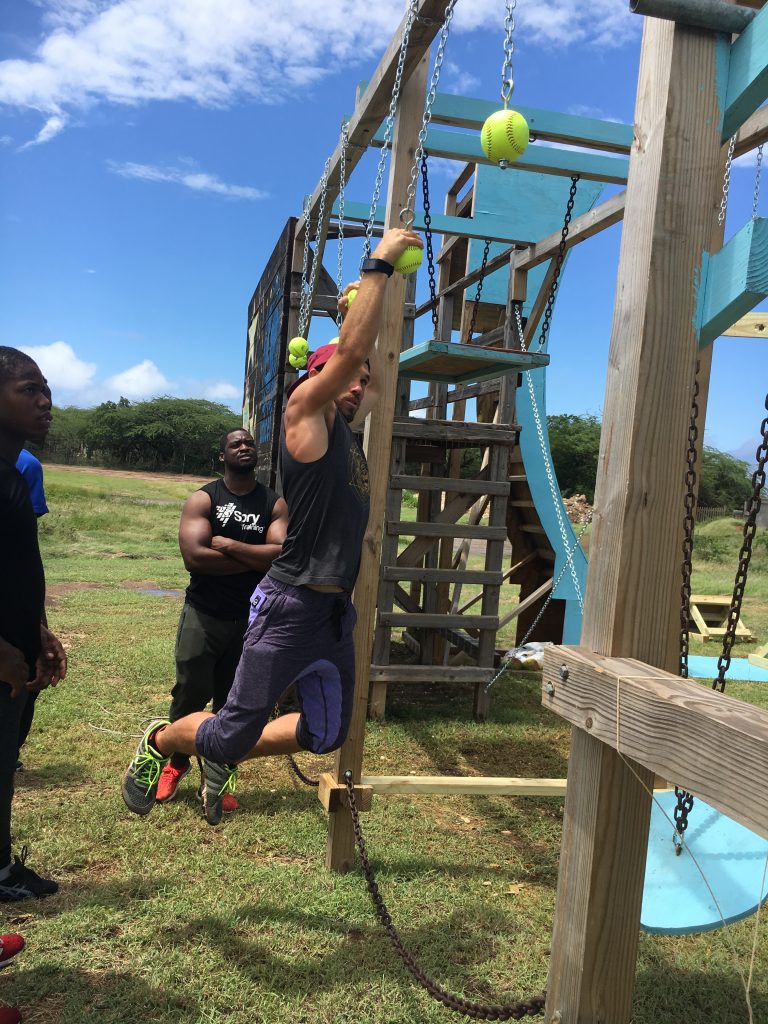 The ninja course in action

The wall is pretty hard to beat

The Breds Treasure Beach Sports Park & Academy has been a shining beacon in the Greater Treasure beach area as it continues to serve the community. The park is also open to fitness buffs of all walks of life with the equipment and the space to get heart rates pumping or for lighthearted fun.  All fitness levels and event types welcome – from competitive sporting events, to organized camps and individual or team casual enjoyment. Come work out, be fit or just play. 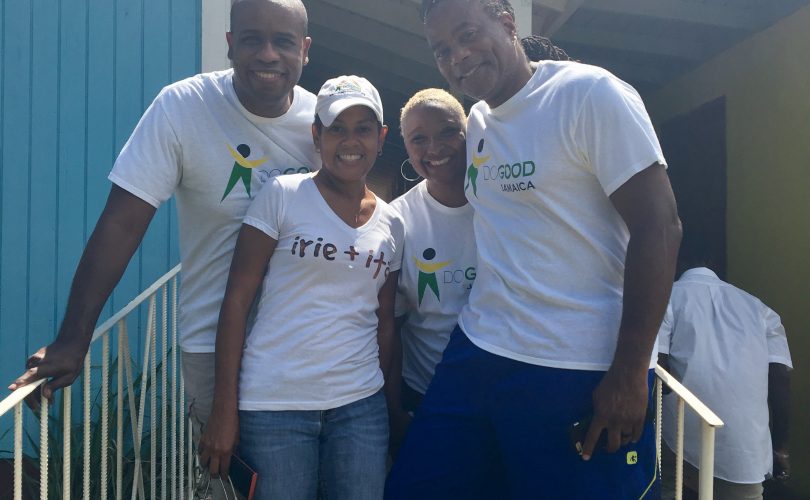 On July 27th, 2017, the designated Diaspora Day of Service across Jamaica, the Treasure Beach community welcomed attendees of the 7th

Treasure Beach is on the Climate-Smart Fast Track

The British Council in an aim to contribute to gender equity in education, with

Marley Dias, literary activist and author of the book, Marley Dias Gets It Done