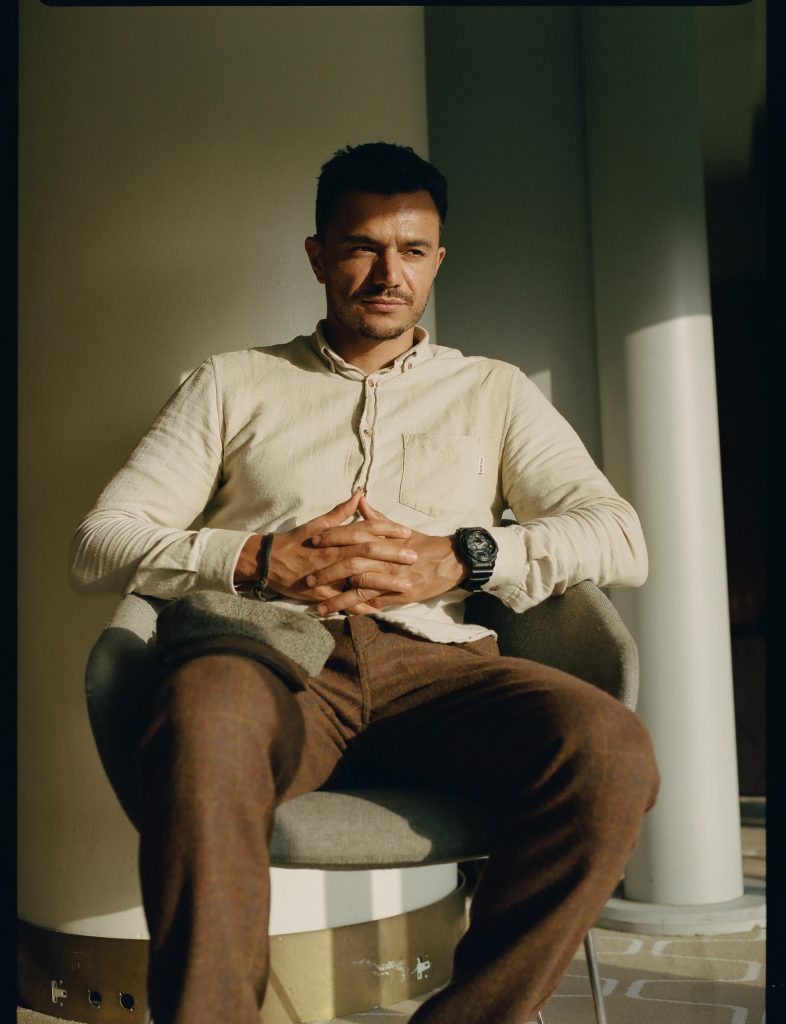 Raymond Antrobus is a Hackney born British Jamaican poet, educator, editor and co-curator of Chill Pill. He has read and performed his poems all over the world, in South Africa, Kenya, North America, Sweden, Italy, Germany, Switzerland and Ireland.

The British Council is partnering with the Book Industry Association of Jamaica (BIAJ) to support the staging of a Deaf Poetry Slam led by Raymond Antrobus at the Kingston Book Fair on Sunday March 11th at Hope Gardens.   Raymond, who will be headlining the literary festival, will also lead a workshop on ‘Deaf Storytelling’ on Thursday March 8th at the Spanish Court hotel.

Raymond is an award-winning poet and one of the first recipients of a MA in Spoken Word education from Goldsmiths University. Over the years, he has worked with the British Council as part of the StoryMoja Festival in Nairobi, Kenya, and he was also a featured writer for the International Literature Showcase in the UK. In 2017, he was awarded one of three Jerwood Compton poetry fellowships and is also a Complete Works fellow. He has won numerous slams including the Farrago International Slam Champion 2010, The Canterbury Slam 2013 and was joint winner at the Open Calabash Slam in 2016.  His pamphlet, To Sweeten Bitter (2017) is published by Out-Spoken Press and his forth-coming debut, The Perseverance (2018) is being published by Penned In The Margins in October.

The British Council’s long term involvement in disability and arts is based on a commitment to equality.  The moral, social, and political imperative argues that disabled people should have the same rights to the arts, either as audiences or as artists, as do non-disabled people.  There is also a creative benefit, as artists with a unique and complex experience of the world bring that unique and nuanced perspective to their art. Disabled artists can harness their own experience and bring to audiences not only their own rarely-heard stories and narratives, but also those which augment, adapt or challenge the ‘mainstream’.

“Having worked with Raymond internationally the British Council is very pleased to host him in Jamaica.  The UK is one of the leaders in disabled access to the arts and Equality, Diversity and Inclusion (EDI) is an important cultural relations theme for us.  The Kingston Book Festival is playing a critical role in helping to showcase the skills of artists from the disabled community and we hope that this can catalyse long-term change”, shares Andrea Dempster-Chung, British Council, Arts Manager.

Everyone is invited to come out to Hope Gardens for the 2018 Deaf Poetry Slam on March 11th and show your support for equality, diversity and inclusion. The Kingston Book Festival includes events for children, teachers, librarians, writers, publishers, booksellers, literary tourists, socially aware corporations and non-profit organizations.

About the British Council: The British Council is the UK’s international organisation for cultural relations and educational opportunities. We create friendly knowledge and understanding between the people of the UK and other countries. We do this by making a positive contribution to the UK and the countries we work with – changing lives by creating opportunities, building connections and engendering trust.

The British Council in an aim to contribute to gender equity in education, with a view to demonstrating how engaging youths contributes to a
Marley Dias, literary activist and author of the book, Marley Dias Gets It Done – And So Can You sat down for a super enlightening
Thirteen-year-old literacy activist and new author, Marley Dias, was in Jamaica last week for the Kingston Book Festival, where she was one

Treasure Beach is on the Climate-Smart Fast Track

The British Council in an aim to contribute to gender equity in education, with

Marley Dias, literary activist and author of the book, Marley Dias Gets It Done