Keep Children Safe is an initiative of The Office of the Chilren’s Advocate, Unicef Jamaica, The Gleaner Media Co. Ltd, Television Jamaica, Jamaica News Network and Do Good Jamaica.

Keep Children Safe is a national conversation about violence against children to explore challenges and share solutions. Four topics are being explored, namely how to:

General promo video for the campaign:
Join together to #KeepChildrenSafe in Jamaica
https://www.youtube.com/watch?v=H5yPXGYmA8Q
—
FORUMS

For each topic, a forum was held as per the flier below.  These were broadcast LIVE on JNN at the time the forums were held.  TVJ had a special one hour broadcast every Sunday on each topic between May 15 – June 5. 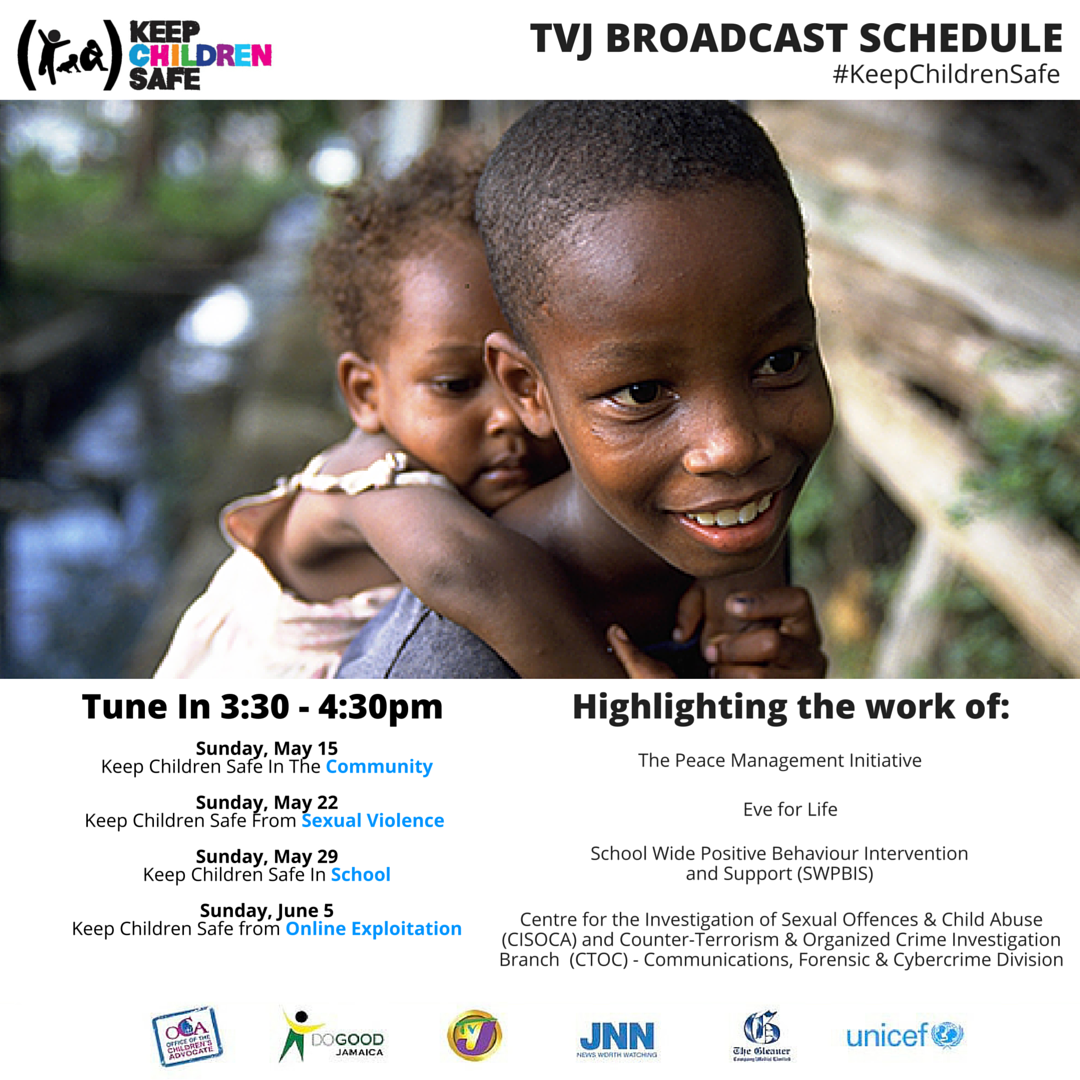 A number of short films were created for each topic.

Keep Children Safe in the Community 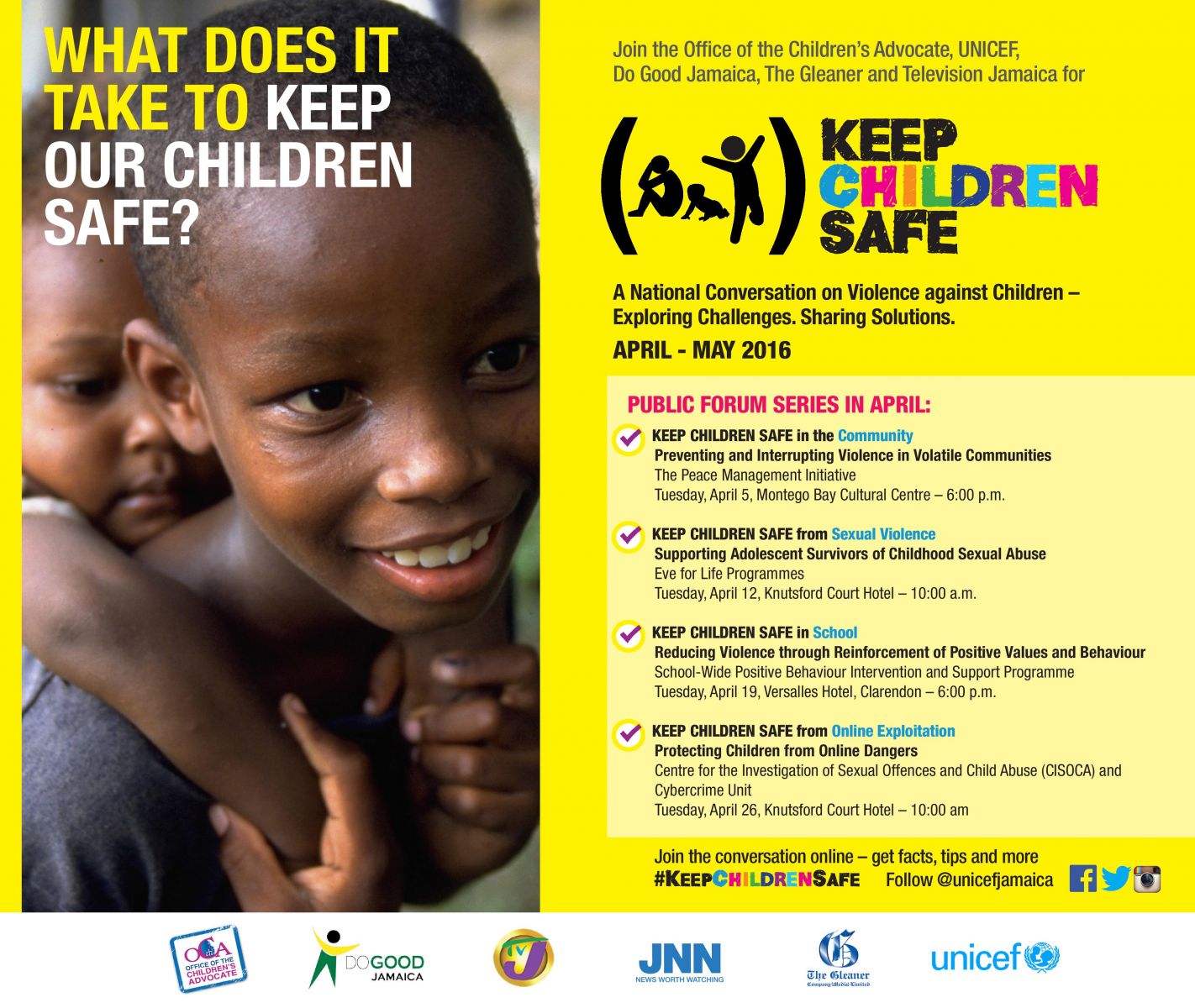